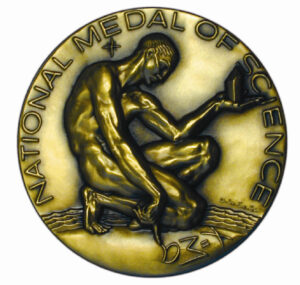 This month is Women in History Month, and 8th March was International Women’s Day. In celebration of all the brilliant women who’ve made mathematics what it is, here’s a celebration of mathematical firsts – pioneers who changed history and paved the way for others to follow.

Using the links in this article, you can read much more about their lives and work on Wikipedia – and I include these links with special thanks to Jess Wade for her sterling work in improving coverage of female scientists and mathematicians on Wikipedia, and to anyone who has helped her in that goal.

Historical accounts are patchy, and obviously people did a lot of mathematics without leaving a record of it – but one of the oldest well-documented examples of a female mathematician is Hypatia of Alexandria, who lived in Alexandria from around 350CE. Being from a mathematical family, Hypatia was also a philosopher and astronomer, and was known to walk around the city in philosopher’s robes, giving impromptu public lectures.

She was considered to be a great teacher, and much of her work in mathematics was in the form of preserving existing maths texts and contributing commentary on the work of others, as was common for mathematicians at the time. She developed an improved method for long division for use in astronomical calculations, and showed people how to construct astronomical calculation devices like astrolabes and hydrometers.

She is also known to have written a commentary on Diophantus’ Arithmetica – a book of algebraic problems and their numerical solutions (you may remember Diophantine equations from our post around this time last year) – verifying the solutions and adding problems of her own. The number system in use at the time was sexagesimal – base 60 – and Hypatia used her own algorithm for division, which has allowed historians to determine which parts of the text she contributed.

Hypatia became embroiled in politics, acting as an advisor to one of the Roman prefects, and as part of an unfortunate political spat she was brutally murdered by a mob of Christians in 415CE.

Cambridge University has a long and distinguished history of producing excellent mathematicians. The Mathematical Tripos examination – their official undergraduate exam for maths students – is the oldest Tripos examined at the university. The tradition of announcing the results from a balcony in the Senate House continues to this day.

The Tripos has historically been considered a gruelling test of mathematical knowledge – in 1854, the Tripos was made up of 16 papers totaling 211 questions taken over 8 days – a combined 44.5 hours of examination. Only around a quarter of students taking the exam achieved a passing mark, and passing students awarded a first-class degree were referred to as ‘Wranglers’ – with the ‘Senior Wrangler’ being the highest scoring student, ‘Second wrangler’, ‘Third wrangler’ etc below that, with ‘Senior Optime’ being the highest scoring student awarded a second-class degree, and so on.

Women were not officially allowed to take the Tripos (with few exceptions) until 1880, when Charlotte Scott got special permission to take the exam, and placed eighth – but the title of ‘Eighth Wrangler’ went to a male student. However, this opened the doors for more women to take the exam.

The first woman to achieve the top score on the Tripos was Phillippa Fawcett, who did so in 1890 – but since women still weren’t considered officially part of the system, she was ranked ‘Above the Senior Wrangler’. Her achievement gained worldwide media coverage, and created much discussion around women’s rights. The first woman to officially be awarded the position of Senior Wrangler was Ruth Hendry, in 1992.

First woman to earn a PhD in mathematics

Sofya Kovalevskaya, born in 1850, was a Russian mathematician notable for her contributions to analysis, mechanics and partial differential equations. She was also a pioneer in several aspects – as well as being the first woman to obtain a doctorate in mathematics (in the modern sense), she was also the first woman to be appointed to a full professorship in Northern Europe, and among the first women to be appointed as an editor of a scientific journal (the prestigious maths journal Acta Mathematica, in 1884).

Also of note is Martha Euphemia Lofton Haynes, the first African-American woman to achieve a PhD, in 1943. Her dissertation title was The Determination of Sets of Independent Conditions Characterizing Certain Special Cases of Symmetric Correspondences, and she became a leading figure in maths education, teaching in schools for 47 years, chairing the D.C. board of education and going on to establish the mathematics department at the University of the District of Columbia.

First woman to teach mathematics at a modern university

The name Agnesi might already be familiar to mathematicians because of the cubic curve which has become called the ‘Witch of Agnesi’. The curve was studied by, among others, Maria Gaetana Agnesi, an Italian mathematician, philosopher and theologian.

First woman to become an FRS for mathematics

The Royal Society in London grants fellowships to individuals who have made a ‘substantial contribution to the improvement of knowledge’, and is considered a significant honour – past luminaries include Isaac Newton, Srinivasa Ramanujan and Alan Turing, and the total list of around 8000 Fellows of the Royal Society (FRS) includes over 280 Nobel Laureates.

Around 60 new Fellows have been elected each year since 1663, including many mathematicians, but it took until 1947 before one of those mathematicians was a woman. While she wasn’t the first woman to be an FRS (that happened two years earlier, in 1945, when crystallographer Kathleen Lonsdale was awarded the honour), mathematician Mary Cartwright was the first mathematician.

Having graduated from St. Hugh’s College at Oxford University in 1923 (being the first woman to attain the final degree lectures there, and the first woman to obtain a first) Cartwright has a mathematical theorem named after her (Cartwright’s Theorem) and also published a simplified elementary proof of the irrationality of π.

Incidentally, mathematician and engineer Hertha Ayrton was nominated for fellowship in 1902, on the basis of her work on the electric arc, her application was turned down by the Council of the Royal Society, who decreed that married women were not eligible to be Fellows.

First woman to become a member of the RSS

The Royal Statistical Society, the UK’s professional body for statisticians and data scientists, was founded in 1834, and fellows of the society represented a huge section of fields, including politics, the army, law, history, physical science, philosophy, the church, art, journalism, medicine and philanthropy as well as economists and statisticians.

The first woman to be granted the honour of membership was someone you may well have heard of, but possibly not in her capacity as a statistician – founder of modern nursing Florence Nightingale used statistical charts and evidence in her campaigns for social reform, and the RSS proudly claims her as their first female member in 1858. The first female president of the RSS was Stella Cunliffe, who took the role in 1975.

The various mathematical learned societies all have long histories of queues of similar-looking male presidents, but thankfully all of them have at least once been led by a female mathematician. The Institute of Mathematics and its Applications had its first female president in 1978, lattice researcher and education reformer Kathleen Ollerenshaw. Dorothy Lewis Bernstein, who worked in applied maths, statistics and on the Laplace Transform, was the first female president of The Mathematical Association of America, elected in 1979.

First woman to be awarded the President of the USA’s National Medal of Science for work in maths:

As well as achievements in learning and in being part of mathematical organisations, mathematicians are often honoured for their work by prizes and awards. The National Medal of Science is awarded annually since 1963 by the President of the United States to individuals in science and engineering who have made important contributions to the advancement of knowledge.

The National Medal of Science is awarded in many categories, and in the Mathematical, Statistical, and Computer Sciences category, it’s been given to many famous mathematicians including Kurt Gödel, Donald Knuth, Saunders MacLane and Solomon Golomb. The first (and only, as far as I can tell) time it was awarded to a woman was in 1998, when it was given to dynamicist (and second ever female president of the AMS) Cathleen Morawetz.

The Abel prize, a similarly prestigious honour and HLF laureate criterion, has been awarded annually since 2003 by the King of Norway, and laureates include the late Michael Atiyah, Fermat’s Last Theorem prover Andrew Wiles and game theory founder John Forbes Nash Jr.

The award was finally given to a woman just last year, in 2019, when it was awarded to American mathematician and founder of the field of geometric analysis Karen Uhlenbeck, as I wrote about last April.

These giants of mathematics have opened the gates to many more women studying and working in the subject over the years. We salute their courage and willingness to pave the way for future generations – and we enjoy the fruits of their mathematical labours whenever we quote their theorems or reference their work, especially knowing that they made their contributions despite the extra challenge of being the first.