Communication in Crisis?
Exploring new methods of science communication for mathematics and computer science and how to rebuild trust with the public

In addition to the general crisis of trust in science and the media, researchers and science communicators are experiencing a certain hesitation to communicate on topics in the fields of computer science and mathematics in particular. Many topics in these fields often appear too complicated to communicate to a general public. At the same time, these fields deal with many important topics that also deeply affect the lives of ordinary citizens. Therefore, it is all the more important to communicate them well and report on them in a manner that conveys this relevance. After all, only well-informed citizens can make responsible decisions about their future. We see time and again that public discourse on scientific issues often lacks focus and the requisite depth because those who can make serious contributions to it are not heard or are reluctant to speak up. How can the scientific community and science journalism help counteract these trends? How can mathematics and computer science in particular be communicated in a way that sparks the public’s curiosity and interest? How can the scientific media’s discourse help increase the public’s measure of trust in it? What cutting-edge journalistic genres, styles and methods can provide new avenues and opportunities for science communication, particularly for complex issues? This panel will explore those questions in detail.

Moderator: Eva Wolfangel
Eva Wolfangel is an award-winning freelance science and tech journalist, a storyteller and feature writer, a speaker and moderator. Her focus is on science reporting as well as future technologies, tech ethics, cyber security, virtual reality and neuroscience.  Eva’s specialty is to combine creative writing and complex topics in order to reach a broad audience. She is part of the class of 2020 of the Knight Science Journalism Fellowship at MIT in Boston. In 2018, she was named European Science Journalist of the Year by the Association of British Science Writers.

Yann LeCun
ACM A.M. Turing Award - 2018
Together with Yoshua Bengio and Geoffrey E. Hinton for conceptual and engineering breakthroughs that have made deep neural networks a critical component of computing.

Anil Ananthaswamy
Anil Ananthaswamy is an award-winning journalist and author. He is a former staff writer and deputy news editor for New Scientist magazine, and former MIT Knight Science Journalism fellow. He has been the journalist-in-residence at the Simons Institute at UC Berkeley. Ananthaswamy contributes regularly to Quanta Magazine, Scientific American, and others. He is the author of three popular-science books, The Edge of Physics, The Man Who Wasn’t There, and Through Two Doors at Once, and is currently writing a book on the mathematics of machine learning.

Eugenia Cheng
Eugenia Cheng is a mathematician and concert pianist. She is Scientist In Residence at the School of the Art Institute of Chicago and was granted tenure at the University of Sheffield, UK. She has previously taught at the universities of Cambridge, Chicago and Nice and holds a PhD in pure mathematics from the University of Cambridge. Alongside her research in Category Theory and undergraduate teaching, her aim is to rid the world of "math phobia". Eugenia was an early pioneer of math on YouTube and her videos have been viewed over 15 million times to date. She has also assisted with mathematics in elementary, middle and high schools for 20 years. Her first popular math book "How to Bake Pi" was featured on the Late Show with Stephen Colbert, and "Beyond Infinity" was shortlisted for the Royal Society Science Book Prize 2017. Her latest book, “The Joy of Abstraction” will be released in October 2022.

Anna Maria Hartkopf
Anna Maria Hartkopf is the project manager of MIP.labor, a research project for science journalism in the subjects of mathematics, computer science, and physics at Freie Universität Berlin. The mathematician completed her doctorate on "Science Communication in Mathematics" in 2020. She had also previously specialized in the communication of mathematics; as a research assistant at the Mathematisches Formschungsinstitut Oberwolfach, as a mathematics teacher at a Berlin comprehensive school, and in the Collaborative Research Center "Discretization in Geometry and Dynamics". Together with Erin Henning she is editor of the recently published "Handbook of Mathematical Science Communication". 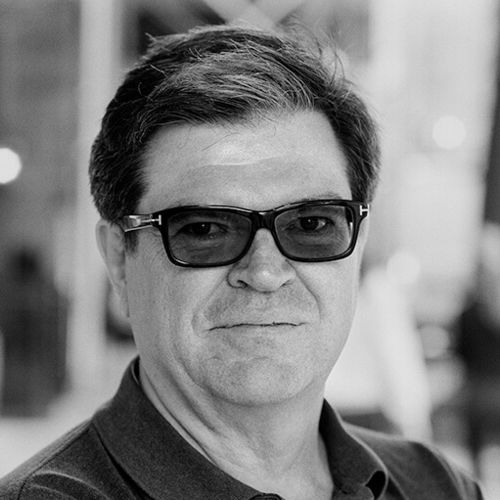